Cold is the Grave: Part 1

An armed robbery ends up taking a much darker twist after the culprit is brutally murdered in his own home. Before DCI Banks can start to unravel the case, Chief Superintendent Gerry Rydell, makes a personal plea for Banks to look for his missing teenage daughter. Some naked photographs found on the Internet by Rydell’s wife, Rosalind, makes it look like that she could be in London. Banks reluctantly agrees to help and manages to track Emily down to the home of a drug dealer. Emily refuses to come back home with him but changes her mind. Annie, who has been leading the investigation into the robber’s murder whilst Banks has been away, thinks that the robbery could have been staged, but the victim’s accomplice refuses to talk. After Emily contacts Banks and suggests that she has seen one of Clough’s associates in Leeds, Banks wants her to tell him everything she knows about Clough. Emily refuses to tell Banks anything though. After a battered body is found in an Eastvale nightclub, Banks is shocked to discover that the victim has been identified as Ruth Walker, somebody Emily knew whilst in London. After the true identity of the victim is revealed though, both Banks and Annie find themselves involved in a conspiracy which has changed both investigations hugely. 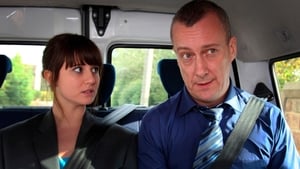